Stark Holborn is the author of Ten Low, the Triggernometry series and the groundbreaking digital serial, Nunslinger. Stark’s fiction has been nominated for the British Fantasy Awards, the BSFA Awards and the New Media Writing Prize. Stark also works as a games writer on TIGA-award winning projects for the BBC, Cartoon Network and Adult Swim, and is currently a lead writer on the upcoming SF detective game, Shadows of Doubt. You read the delectable ‘The Feast of Mulligan Lang’ here on IZ Digital.

IZ Digital: How did ‘The Feast of Mulligan Lang’ come about? Was it a story you’d been… cooking up for a while?

Stark Holborn: It’s definitely one that was well stewed before I wrote it. It’s partly a riff on one of my favourite Lord Dunsany stories, ‘The Coronation of Mr. Thomas Shap’, about a man with a mundane life who starts to take ‘little flights of fancy’ that eventually grow so vivid and complex they overwhelm his mind. The food elements of the story came from a childhood fascination with replicators in shows like Star Trek. I had so many questions! What exactly is the food made from? Does it have a different texture? How would people who have always eaten replicated food know if it tasted the same as the non-replicated food? Would they find something non-replicated disgusting?

There are probably elements of a couple of Philip K. Dick short stories in there too, ‘The Chromium Fence’ – about a man struggling to decide whether to have his sweat glands removed in the face of an increasingly sinister socio-political ‘purity’ movement – and ‘Pay for the Printer’, about dying alien organisms that can replicate items which humans no longer have the ability to create for themselves.

I’d also been reading a lot about mushrooms and fungi and mycelium at the time, how they can hijack a host’s physical or neurochemical pathways to fulfil their lifecycles. Anyway, those idea kernels all came together and out bloomed poor Mulligan.

IZD: In one interview you mentioned that you were writing to a four-hour recording of the sound of wind through a dead tree in a Mojave Desert. Does having audio like that playing help you to focus, or to transport yourself to another place?

SH: Good old wind in tree track, I still use it. Yeah, I’ve found that sort of uninterrupted soundscape does help me focus. Similarly, I always seem to solve writing problems while I’m standing staring at nothing in the shower. So for me, I guess white noise is conducive to creativity?

IZD: What did you have playing as you wrote ‘The Feast of Mulligan Lang’?

SH: I can’t remember! Maybe nothing… it’s usually either silence or ambiences. Or the rumbling of my stomach.

IZD: You’ve written Welcome to Factus, a game set in the world of Ten Low, and now you are working on Shadows of Doubt. When you’re writing for games like Shadows, do you sometimes imagine how a particular storyline or character might work as part of a novel? Is it easy to switch between writing interactive narratives and writing prose?

SH: Because I started writing interactive fiction via a prose background, my approach to both forms tends to be similar… although one thing I’ve had to learn while writing for games is brevity, and how to get important information across in as concise and immersive a way as possible.

The great/interesting/challenging thing about writing on Shadows is that the game is set within a procedurally generated world, meaning everything from people and their habits to bars and street names are different every time. So while we don’t have set storylines, what we do have is a lot of lore and world-building detail scattered throughout the environment. It’s incredibly fun to focus on worldbuilding at that granular level, from the names of cocktails to the titles of books and records. At one point I had to come up with titles and blurbs for dozens of made up books – I think I lost my mind a bit, but definitely ended up wanting to write some of them.

IZD: Do you have any writing rituals? A favourite pen? A particular keyboard? A cup of tea, Earl Grey, hot?

SH: Coffee. Coffee, coffee, coffee. Starting the day without it is not an option. I write well in the morning, so I try to get going without checking email or Twitter and plough on until about 2pm. Then the afternoon lull hits and I’m useless until the evening.

I’m not really a stationary nerd. My favourite pens are all horrible chewed biros or those free ones for printer ink companies that appear out of nowhere. Similarly, I too often forget about my Bluetooth keyboard and end up hunched over the laptop. Though I do have a second screen I can turn to portrait mode, which is great for documents. Almost all of my books start out with a few paragraphs written longhand, so I always have a notebook on the go, full of scrawled words and arcane reminders. The more doodles the page has, the more I’m struggling with a particular scene. Some pages are 99% doodle.

IZD: What other projects are you working on at the moment? Can you give any hints about the follow-up to Ten Low or about the third Triggonometry novella?

SH: I’m currently just finishing edits on a follow-up to Ten Low. Not sure how much I’m allowed to say about it yet, apart from the fact it’s set in the same universe and features a few familiar faces. I’m also finishing up a draft of the third Triggernometry novella – this one features notorious mathmo, Carl ‘the Cannon’ Gauss. (Sorry, Gauss).

IZD: What games or fiction have you been enjoying yourself? Any recommendations?

SH: I’m currently serving as a judge on the Arthur C. Clarke Award, so I can’t really talk about my fiction reading (yet)! As a side effect, my graphic novel consumption has gone up. I recently enjoyed Square Eyes by Anna Mill and Luke Jones, as well as Josan Gonzalez’s narrative art book The Future is Now. On the games side, I recently bought the latest issue of Indiepocalypse – a monthly zine with a curated selection of micro/indie games along with an illustrated PDF. It’s a great way to discover other game devs on platforms like Itch.io. My to-be-played list is about as long as my TBR list, but it currently includes Unpacking, The Return of the Obra Dinn, Disco Elysium… I’ll get around to them at some point. Right?? 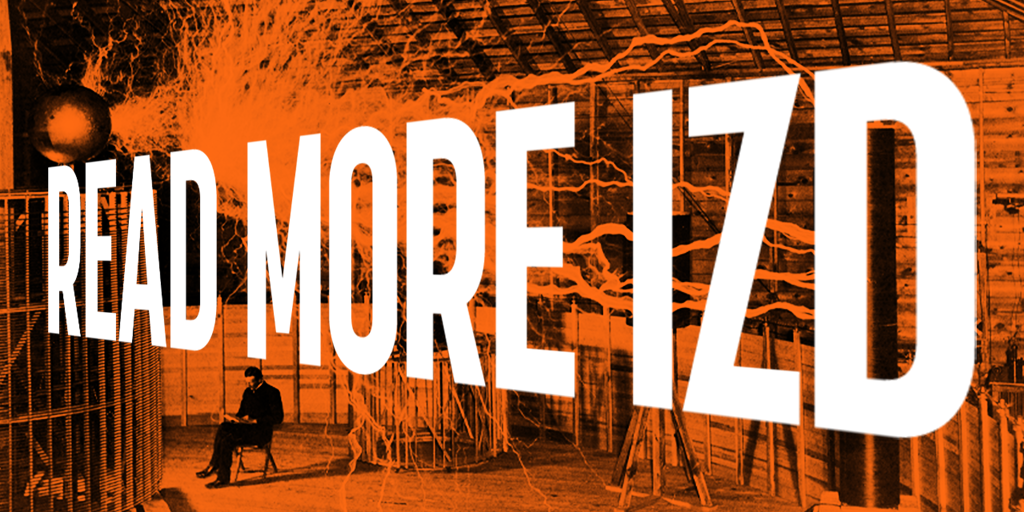